Questions asked by our visitors. Want to ask a question? Click here.

All My Friends Are in a Relationship And I am Single – What To Do?

There comes a time in everybody’s lives where they develop an interest in the opposite gender. A certain curiosity may have always been present but once you reach a certain age, this curiosity often goes into overdrive and crosses the line into new territory. Of course, there are variations between each of us in terms […]

My Parents Don’t Like My Boyfriend! What Should I Do? 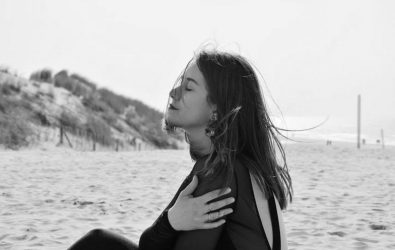 What’s the Best Way to Break Up With Your Boyfriend? (5 Important Steps)

Relationships have their ups and downs, and are sometimes fraught with challenges. Dating, “live in” relationship and marriage are usually the phases that couples go through when they are involved in a long-term relationship, but sometimes conflicts may arise that dent the fabric of the association. Break ups are a result of unsolvable differences and […]

I Have a Boyfriend But I Like Someone Else – What Should I Do?

Sometimes, our feelings run amok. Most of the time, there is nothing we can do to change them. We can try to reign them in, we can attempt to bury them deep down but the reality is – they always push their way back up to the surface. So, what to do when you are […] 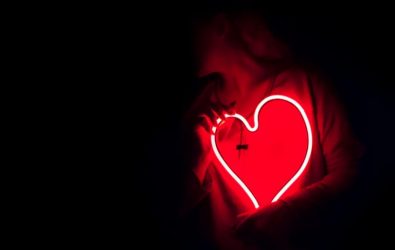 I am Starting to Like My Best Friend’s Boyfriend! What Should I Do?

So there’s this really cute guy you like. He makes you laugh, blush and every single thing he does is fantastic in your eyes. You have a huge crush on this guy. The only problem is, he is your best friend’s boyfriend. Bam! Just like that the bubble burst and you’re back in the not-so-nice […] 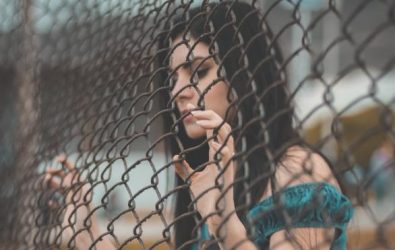 I Hurt My Boyfriend’s Feelings and Now He Wouldn’t Talk To Me. What Should I Do?

Question by Sparrow: My boyfriend and I had a misunderstanding and unintentionally, I hurt his feelings. I’m going through depression so my thoughts are all over and in the process, I unconsciously accused him of leaving me in the cold which he never did. I didn’t mean to imply that he’s abandoned me. Guess being […]

How Do I Get a Guy to Open Up to Me Emotionally?

Question by Peach: I recently started seeing this guy who lives an hour away from me. We chat every day on social media but he doesn’t say much even when he contacts me first. I would blame that on him being busy since he does own a business. We don’t call each other either and […]

My LDR Boyfriend Says, I’ve Changed And Is Ignoring Me

Question by Lisa: My boyfriend and I recently we had a fight. We are in a long distance relationship and our modes of communication is through text, call and skype when we can’t meet each other. He was busy and couldn’t contact me often but he didn’t explain his situation clearly which led me to […]

It Has Been 3 Weeks And He Hasn’t Called Or Texted – Should I Give Up?

Question by Donna: Hi, I’ve been knowing and involved with this guy for almost 7 years. We’ve been on and off majority of the time but we’ve always managed to come back to each other. However this time it feels different. Like he no longer wants me a part of his life. I’ve asked him […]

How Do I Get His Attention Being A Shy Girl?

Question by Mae Hi, I would like to post a question about a boy in my R.E class. I don’t usually talk to him, but when I do its about useless things. I can’t think about what to say to him or approach him as I don’t think he feels anything for me. He doesn’t […]

Boyfriend Asked For My Ring Size – What Does That Mean?

Question by Athena: Good evening!!! So a couple of months ago my boyfriend asked me out of the blue while I was driving what my ring size was…. He immediately told me that it wasn’t what I thought it was… So I shakes it off and told him okay and I wasn’t sure. So two […]

Question by Mavelle Recently, I saw a picture of my boyfriend and his ex on a birthday celebration of the girl’s nephew. When I saw their picture, I asked him right away if they have a relationship or they got back together, but he repeatedly denied that they have something in between. I kept on […]

Is This Coworker Interested In Me And If So, Should I Let Him Know About My Feelings?

Question by Lucy I’m slowly falling for one of my coworkers and as much as I’m trying to let it go (because I don’t want to get involved romantically with someone I work with) I feel like we’re both getting closer and closer. He recently got promoted to my position 2 months ago and I […]

Does This Senior Guy In My Office Like Me? How Do I Find Out?

Question asked by Molly: There is this guy in my office who is senior to me and so it’s pretty obvious that he cannot talk to me very directly. But he kind of keeps a note on me, and kind of gives more preferences to me. Appreciates my work and I have noticed him staring […]

Should I Tell Boyfriend About My Wild Past?

Question asked by Ally – So this guy and I meet about a month ago and Yes maybe the quickest thing that would ever happen in the history of my life but “I just feel it” this is the last man I really think I will ever date. He and I have already brought up […]

How Do Shy Guys Act Around A Girl They Like?

Question asked by Miley – There is a guy who is with me in the English class, I’m really attracted to him but I don’t know if he likes me back or not. We never talked except once I asked him a question and I think he was kinda nervous but I’m not sure; and […]

How Do I Get Back Together With My Boyfriend?

Question asked by Jane – My boyfriend broke up with me two weeks ago after going out together for a year and a half. Since the start of our relationship we have always had issues over spending time together. He likes to spend his weekends doing sporting things, cycling running and competitive events. He never […] 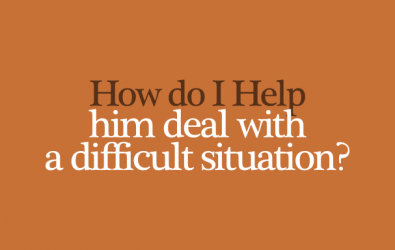 How Do I Help My Husband Deal With a Tough Situation at Work?

Question asked by Stacey – I have been having some problems with my husband and I read some of your site, but it seems to be suggesting I do what is wrong. For instance, my husband has recently had some problems with work. I was always supportive and listened and took on board his side […] 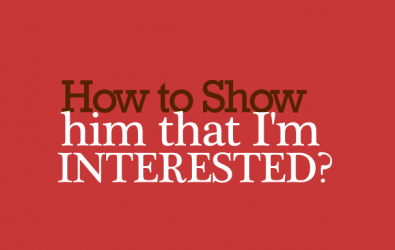 How To Show A Man That I am Interested?

Question asked by Rimpi: I am a nice, pretty and cultured homely girl. I have a problem, whenever any guy approaches me I become a little careful. I always feel that he should not think that I am needy or uncultured or a very “fast type” of girl. In that urge I start talking & […]

Does He have Feelings For Me? He Never Makes a Move!

Question asked by Lorraine – Ok, so I’ve been hung up over the same guy for the last two years. Neither of us have dated anyone else. His last girlfriend, from years before, is now his best friend. He hasn’t dated anyone during his college career. He’s an extremely good looking guy, who is kind […]

My Boyfriend Told Me That He Needs Time To Think!

Question asked by Lauren: I’ve been dating a man for 2 months, he’s quite deep but buries his head in the mud when it comes to his problems or emotions. He’s said that he wants a long term relationship, and that we’re basically soulmates and it’s the real thing between us. We live a couple […] 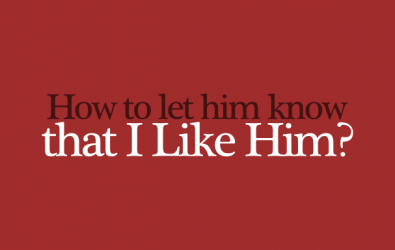 5 Subtle Ways To Let A Guy Know You Like Him

Question asked by Heather: Are there some easy ways to let a guy know you like them without explicitly saying “I Like You”? In other words, what are some subtle hints I could give to let a guy know I’m interested without being too obvious? How do you know that a girl likes you? Hi […] 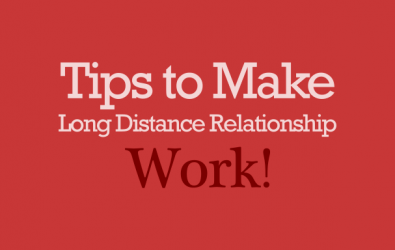 Boyfriend Stopped Talking To Me After a Fight. What Should I Do?

Question asked by Maggie – After a fight, which I agree was clearly my fault, my boyfriend said we should “let things lie” and “be calm”, and he hasn’t called me or texted me in 3 days. I said some extremely mean things to him which I really shouldn’t have. I have tried talking to […]

Does He Have Strong Feelings For Me? (He Has a Girlfriend)

How To Show Long Distance Boyfriend That I Love Him?

Question asked by Samantha – Alright, I am in a long distance relationship with my boyfriend. We have known each other for 11 years, and he moved to Texas recently. The 1, 425 miles between Texas and California makes things very hard on me. I was wondering if you have any advice on things I […]

How to Convince Your Man to Have a Baby?

Wanting a baby can drive us ladies mad. You have babies on the brain 24/7. You see them everywhere, perhaps you know someone who has one and you just can’t get the thought out of your mind. But when you mention the idea to you man and realize he really isn’t up for it! Despite […]

How To Tell If A Man Is A Player?

How do you know when a man only wants to have sex with you? How would that man behave towards you; what might that man tell you versus a man who is really interested in a real relationship? In other words, how to tell if a man is a player? – Question asked by Julia […]

How to Get a Guy to Ask You Out on a Date?

Most of us have been in a situation where we like someone and are craving for them to ask us out! The the thing is, it can be difficult to get them to do it. If you have a feeling he likes you too, the easiest thing to do would be to take the lead […]

Question asked by Julie: My boyfriend is a successful business man, not well educated but a rough diamond who has worked hard to get where he is. So he is the ambitious, take no crap kind of person. My problem with him is that he never apologizes! Not that he has ever done anything really […]

How to Tell if a Guy Likes You Just As A Friend, or Wants to be Something More?

Question asked by Casey – How can you tell if a man likes you as just a friend, or wants to be something more? I’ve liked the same guy for about a year now but have yet to make a move. When we first met he was rather shy; he would always go out of […]